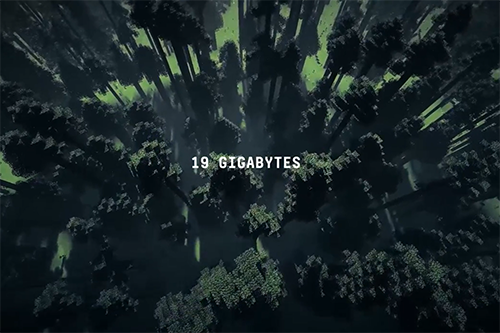 17 Dec Campaign of the Week | The Bialowieza Forest

Posted at 21:36h in Campaign of the Week by Jenna

A call to action – depolarizing logging and saving the UNESCO protected area, the Bialowieza Forest.

The Bialowieza Forest, the last primeval forest in Europe, became the target of deforestation by the Polish government in 2017, despite the fact that three years prior, in 2014, it was designated a UNESCO protected area. Understandably, non-profit organizations, scientific leaders and citizens took to protest once logging began, sparking a collaboration between Greenpeace Poland and Ogilvy, Warsaw, to find a way to turn these strong public feelings into impactful action.

Anna Lelonkiewicz, Business Director at Ogilvy Warsaw, says their strategy came about by channeling a truth that tends to be understated; that “young people have more political influence than they are given credit for”. Ogilvy chose to target young gamers since the Polish gaming community at the time was estimated to be comprised of 8 million people, out of which 800,000 were active Minecraft players.

In focusing on educating this demographic on the issue at hand, the Ogilvy team hoped to stir collective action and drive real change. They turned the Bialowieza Forest into a coveted piece of content for Minecraft, a video game where players build their environment using big pixelated blocks they source by exploring different maps. The Bialowieza Forest became one of these maps, including 7 million trees made up of 50 million Minecraft blocks.

The feeling of loss over the Bialowieza Forest map permeated the hearts of thousands of young Minecraft users, resulting in collective action in the form of 170, 000 petition signatures to stop logging. As well as having a reach of 80 million Minecraft users, the campaign achieved over 600 media hits. To the Last Tree Standing won the WPPed Cream 2018 marketing Award for Corporate and Public Affairs as well as various categories from the Cannes Lions International Festival of Creativity in 2018.

After the campaign took place, Poland’s Minister of the Environment, Jan Szysko, was dismissed for having ordered what at the time was a threefold increase in logging in the Bialowieza Forest.