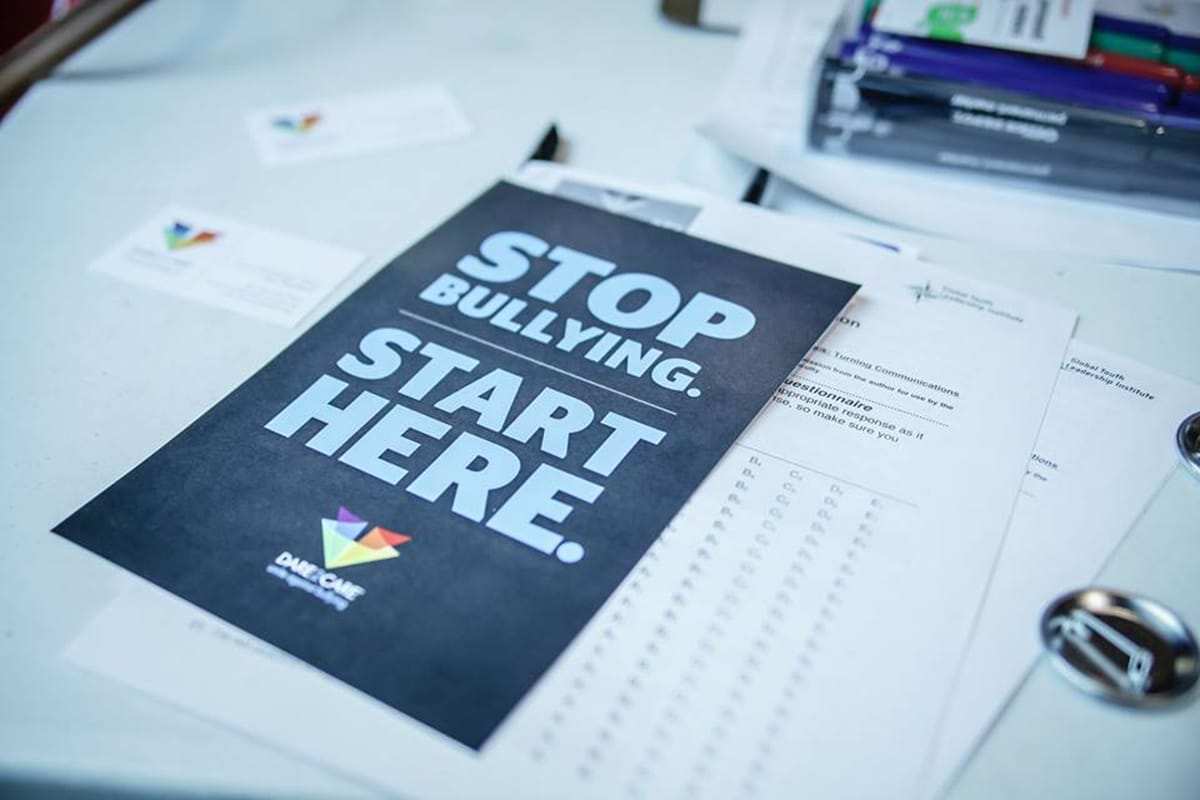 When Liz O’Donnell, a clinical therapist, learned that five teenagers who attended a suburban Cleveland area high school had killed themselves in three years, she took notice. When she learned that lawsuits filed against the district contended that bullying was suspected to have played a role in all five of the deaths, she took action. Liz and her friend, Don Wismer, started Dare2Care, a communications and leadership development program to address bullying in schools. Their ultimate goal: to grow awareness of Dare2Care and move it towards a partnership with a larger nonprofit organization.

Dare2Care first created a pilot project in partnership with the Global Youth Leadership Institute (GYLI) to provide teens and teachers with a variety of transformative experiences aimed at creating fair-minded leaders willing to educate others about identity and to raise awareness of bullying. The training focuses on communications tools and messages with a long-term vision to create communities free of harassment, brutality and indifference.

What is unique about Dare2Care is that the focus of the anti-bullying efforts is in support of students who are LGBTQ (lesbian, gay, bisexual, transsexual and questioning). These students are three times more likely to be bullied than their heterosexual peers and have a higher rate of suicide attempts.

Prosper for Purpose worked with Dare2Care for more than two years. While Liz implemented the pilot project and programs aimed at changing perceptions through communications targeted at high school students, and Don has conducted events to raise support, Prosper focused on building greater public awareness.

Social media was utilized to promote events and provide a forum for LGBTQ students and others to learn more about issues affecting the LGBTQ community. Prosper also worked with media to build relationships to further elevate Dare2Care messaging.

Several events, from a runway show at Saks Fifth Avenue to a film partnership with Rocco Shield of the film Love Is All You Need?, have grown awareness of Dare2Care and its mission.

Through leadership training and workshops, Dare2Care has reached approximately 600 students in Northeast Ohio with its educational programming.

Data for the pilot project suggests that the program did develop youth leaders who were better positioned to impact the school climate by acting as straight allies within the high school. In addition, workshops extended that ripple effect, growing awareness in other students throughout Northeast Ohio.

Through special event proceeds, the organization has funded its own program—the Dare2Care Stand Alone Program—based on what was learned through the pilot conducted with the Global Youth Leadership Institute.

Most students have remained in the ambassador program from sophomore through senior year, with several exploring how they might continue to carry forth the ideals of Dare2Care as they enter college and/or the work force.

Prosper was successful in raising awareness of Dare2Care’s free youth leadership workshop by securing coverage with local news stations. The key piece included an interview with Liz O’Donnell as well as reactions from several of the students involved. Prosper also assisted in helping increase engagement on certain social media platforms by as much as 900%.