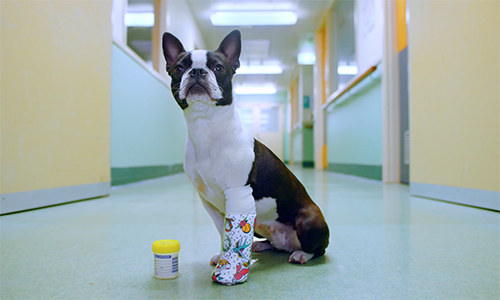 14 Feb Campaign of the Week | Cover for their Overconfidence

Posted at 22:50h in Campaign of the Week by Jenna

In 2018, motor insurer The Royal Automobile Victoria (RACV) identified a particularly uninsured population, pets. Approximately 62% of Australian households own a pet, yet only 7% of pets in Australia have health insurance. Aware that vet bills can rank up quickly and knowing pets are part of the family, RACV wanted to show the importance of having your entire family members insured, including the furry ones.

While RACV is a well known household brand, it was perceived as being old fashioned or traditional. Moreover, the majority of pet owners in Australia are young families, a group that RACV had struggled to reach in recent years. With the percentage of insured pets being so low, RACV needed to highlight the importance of having pets insured in a way that would both educate the public on the benefits and peace of mind that would come from knowing their pets are covered, as well as drive demand and action among consumers.

CHE Proximity was up for the challenge.

CHE Proximity and RACV strategized to create a unique experience for pets and their owners, one that centered around pets’ unpredictable behaviours; and so the name was born, Cover for Their Overconfidence.

Although pets are naturally very cute, CHE Proximity did not want to play on that overdone advertising angle as they realized a more compelling focus to potentially drive behaviour would be on how energetic and overconfident pets can be.

To start the dialogue around pets’ overconfidence, the agency tailored the customer experience accordingly, focusing on what they called the moment of truth, when pet health was most top of mind – at the vet. It collaborated with world leading influential designers to create overconfident vet supplies for pets living their riskiest lives. These ranged from custom designs on pets’ casts to after-surgery care cones designed to resemble a lion’s mane. They also spotlighted the doggy wheelchair, which was brought to life by Dennis McCarthy, the car designer from ‘The Fast and Furious’ films.

By the end of the campaign, RACV was established as a trusted provider of pet insurance. Brand tracking results showed that of those that saw the campaign, 57% felt positively about the brand, 36% took action and while RACV aimed to achieve a 25% increase in sales, it reached a 75% increase.

The campaign garnered 182 individual pieces of coverage generating 55 million media impressions. The online video featuring the dog in the wheelchair achieved approx. 3,583,334 views, with a total audience reach of 95,800,000 for the overall campaign. More importantly, however, the campaign resulted in many more pets being insured.