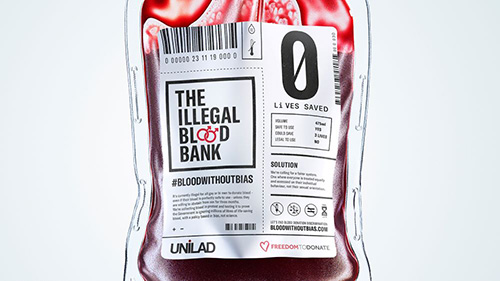 31 Jul Campaign of the Week | The Illegal Blood Bank

Posted at 17:14h in Campaign of the Week by Jenna

A results-based installation demonstrating bias in blood donation policy in the UK, to spark a countrywide conversation.

In England, 1.6 million pints of blood are needed per year to meet healthcare system demands. With the average life of donated blood being 35 days, demand for active donors in the country is high. Still, millions of pints of blood are untapped due to an outdated, and discriminatory policy that prevents donations being accepted from sexually active gay and bisexual men.

Having tremendous reach (60% of Facebook users) The LADbible entertainment and news group looked for ways to leverage its engagement and bring awareness to the topic. It partnered with creative agency ELVIS London and donation platform Freedom to Donate to spark a countrywide conversation around blood donation policy. The goal was twofold, putting pressure on the government to review and change outdated policy, and identify an alternative screening process that did not center around sexual orientation – moving one step closer to achieving equality and supplying the demand.

Together, the LADbibble group, Freedom to Donate and ELVIS London opened The Illegal Blood Bank: the world’s first blood bank for gay and bisexual men. Here they introduced an innovative individualized risk assessment tool as a pre-screening process to accepting blood donations. The tool asks everyone the same lifestyle and health related questions, and did not include questions on sexual orientation.

In just one day, enough blood was collected to save 78 lives. The blood was screened and tested following strict governmental standards, and was found to be 100% safe to use. The LADbible group and ELVIS displayed their findings with a striking activation. They hung physical pints of real blood in a glass pod outside the parliament and throughout the streets of London accompanied by a bold statement – this blood is in the Government’s hands.

The display raised awareness of the massive amounts of unused blood and its life-saving potential, bringing light to the fact that governments all over the world are refusing millions of pints of blood with outdated legislation rooted in bias.

The Illegal Blood Bank campaign sparked action, with 5000+ pints pledged and over 60 thousand petition signatures collected to change legislation. The campaign prompted a response from the National Health Service in the UK, announcing its upcoming research on the individualized risk assessment tool and committing to sharing the results publicly.

The campaign video reached 10.9 million impressions and 900K video views on UNILAD’s channels alone. The majority of viewers – 62% – declared to be ‘extremely in favour’ of changing the policy, and social media analytics showed an increase of 140% in conversations about blood donation discrimination during launch day. 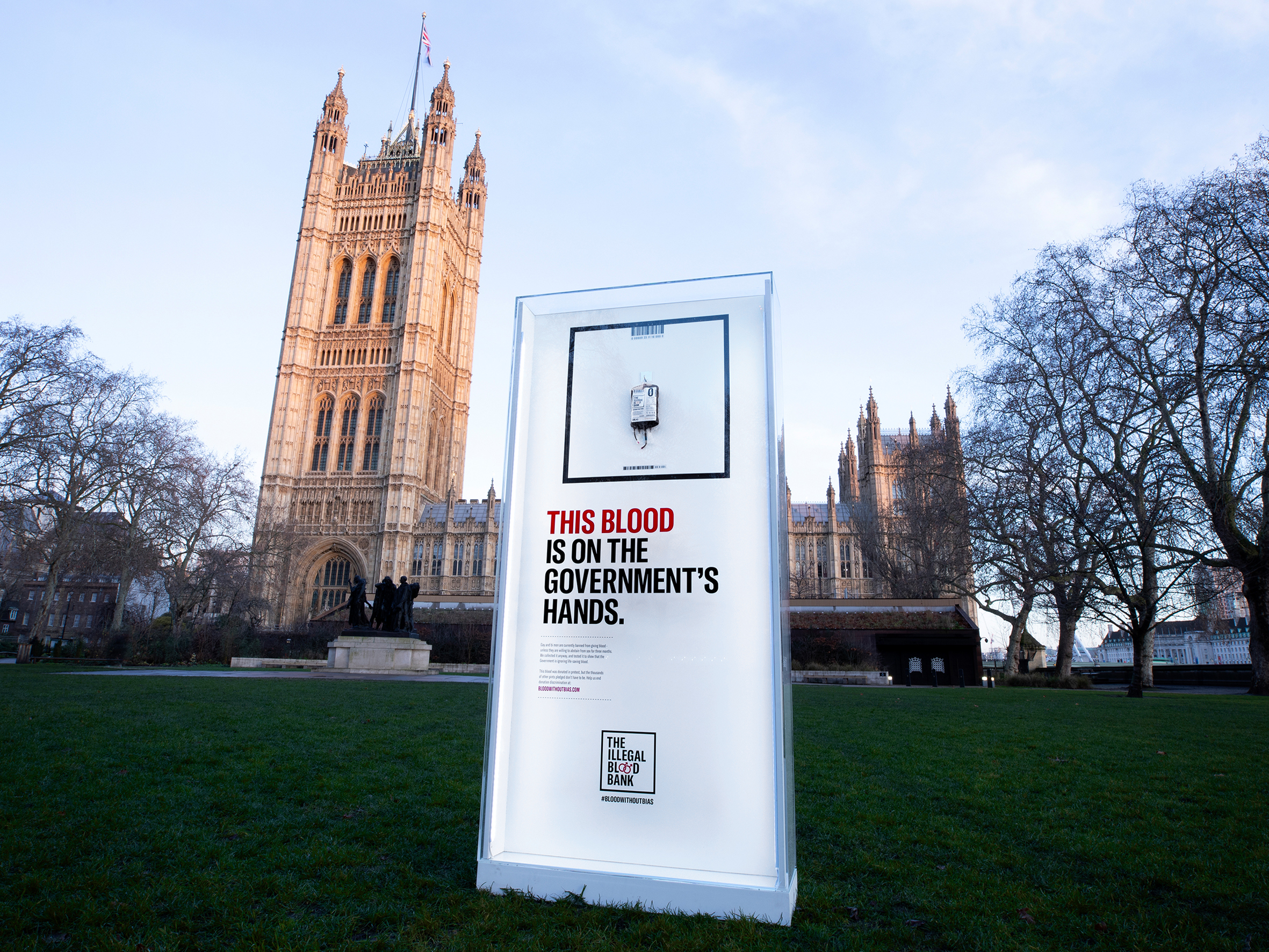