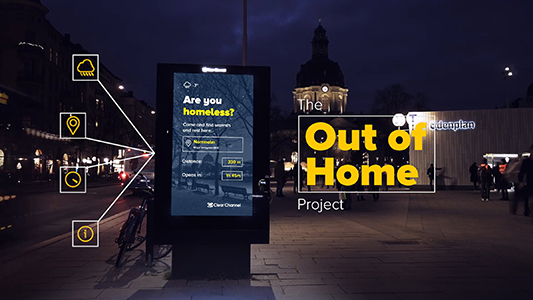 03 Mar Campaign of the Week | Out of Home Project

Posted at 00:45h in Campaign of the Week by Jenna

A campaign connecting those who are most vulnerable with the resources they need to improve quality of life and support network.

Sweden is famously known for its sub-zero temperatures, attracting thousands of tourists every year to its ice hotel. However, with extreme temperatures come the considerable risk of fatal frostbites; the reason why emergency shelters have been put in place all around Stockholm and are open when the city reaches below -7 degrees Celsius.

The City of Stockholm has been working to help the increasing numbers of residents experiencing homelessness, many of whom are migrants in search for a better life than the one they are leaving behind. When winter 2018 came around, the City of Stockholm was keen to continue its focus on the provision of temporary shelters. However, many people experiencing homelessness are not aware that these shelters exist.

That’s when Clear Channel Scandinavia, an outdoor advertising company, and Prime Weber Shandwick, a Public Relations agency, decided to rise to the challenge. They teamed up to help some of society’s most vulnerable people and to show the potential that impactful communications partnerships can offer.

Prime Weber Shandwick realized that Clear Channel’s digital screens could play a key role in combating this societal issue and worked with the company’s communications and technical teams to create a ground-breaking emergency alert system.

To ensure that they were addressing this issue in a way that would be of use to this vulnerable demographic, they partnered with local charity organizations that work to solve homelessness, such as Stockholms Stadsmission and Ny Gemenskap, to create a real and impactful solution together.

Prime Weber Shandwick developed a strategy using weather data to trigger a display in Clear Channel’s digital screens showing distance to the nearest open shelters when temperature dropped below -7 degrees Celsius. This way they were able to get real-time tailored information to reach people experiencing homelessness.

Non-profit shelters for people experiencing homelessness, including Stockholms Stadsmission and Ny Gemenskap, reported an increase in visitors to their facilities during the winter month in 2018 and 2019. The campaign peaked the interest of other local not-for-profit organizations which expressed interest in partnering.

The Out of Home project attracted over 120 pieces of national and international press coverage, securing a reach of over 78 million. In addition, a substantial rise in positive sentiment towards Clear Channel was noted as 89% of people reached by the campaign had a positive impression of the message, and a total of 78% showed positive attitudes towards Clear Channel.

The Out of Home project is still ongoing and spreading to other countries in Europe. 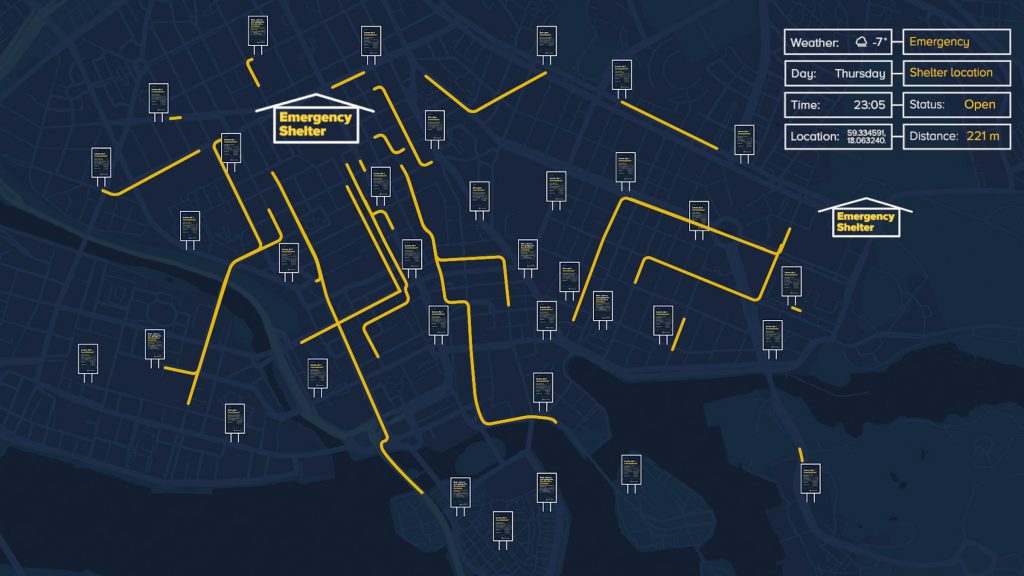