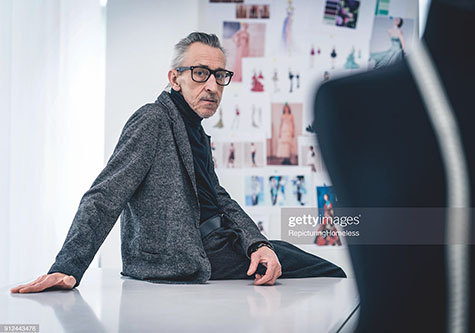 Posted at 22:55h in Campaign of the Week by Jenna

A study on European public perceptions of homelessness found that while 58% of European citizens hold positive attitudes towards people experiencing homelessness, 30% continue to hold negative perceptions of this population, including the belief that they remain homeless by choice.

Aware that there are a variety of reasons a person may end up experiencing homelessness, and realizing that a common strategy to help this demographic is to play on the sympathy of their audience, Getty Images, fiftyfifty – a street magazine sold by the homeless – and Havas Agency in Germany partnered with the aim to help this population in a way that is both empowering and dignified.

By analyzing the download data on Getty Images, Havas identified the most popular pictures on the site, recreating them with models in the most in-demand life and work scenarios on the gettyimages.com as well as istockphoto.com. All profits coming from the purchase of this selection of stock photos went to fiftyfifty to fund the purchase apartments for the campaign models.

The Repicturing Homeless project took place between 2017 and 2019 and had a social impact that resonated worldwide, attracting photographers and NGOs such as The Homeless Voice in Miami, Christian Concern For The Homeless Association in Hong Kong, Caritas in Trier, Emmaus Alternatives in Paris and MNPR in Sao Paulo, all looking to join in and turn this into a global movement.

In its case film, Getty Images recognized the role they can play in shifting the negative stigma that surrounds people experiencing homelessness. The pictures were shown at a local exhibition for schools and communities with the goal to have an honest conversation on the steps needed to reach a more inclusive society. The exhibition was a success, going on tour across Germany and resulting in the President of Germany, Frank-Walter Steinmeier, applauding the project in his Christmas Letter. 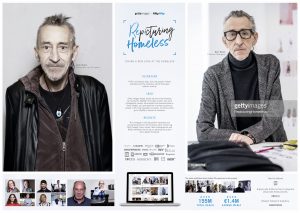