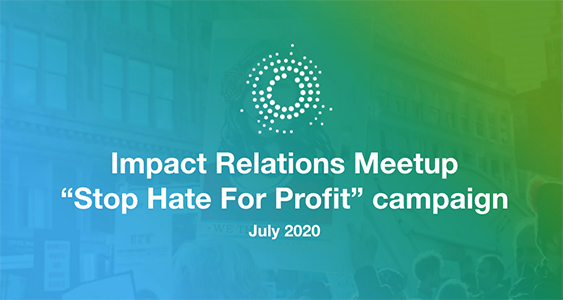 29 Jul What does the “Stop Hate For Profit” campaign mean for brands?

The Stop Hate For Profit campaign is aimed at boycotting Facebook, and Facebook owned platforms, by calling businesses to halt paid advertising in response to the company’s handling of policy around ads including hate-speech or being seen as inciting violence.

The campaign puts financial pressure on Facebook to take a proactive stance in promoting inclusivity and justice. For brands, the decision to take part in the Stop Hate For Profit campaign can impact the way they connect with their customer base.

At the Global Impact Relations Network’s latest community meetup on July 21st, impact communicators joined in a guided conversation facilitated by digital marketing specialist and Global Impact Relations Network advisor, Cedric Brown to explore exactly what this campaign means for values-driven brands. The meetup featured Jon Yohannan from KIND Snacks and Sean Greenwood from Ben & Jerry’s, discussing how their brands have approached the campaign and the reasoning behind their involvement.

“Stop Hate For Profit is an opportunity for us to take a stance on our values,” said Sean Greenwood, “…Getting involved in these significant movements is not an insignificant thing for a company to do.”

Other topics discussed were the decision-making process leading up to participating in the campaign; the responses Jon and Sean have received from the media, from customers, and from company stakeholders following their participation; and strategies on actions to take after the campaign concludes. 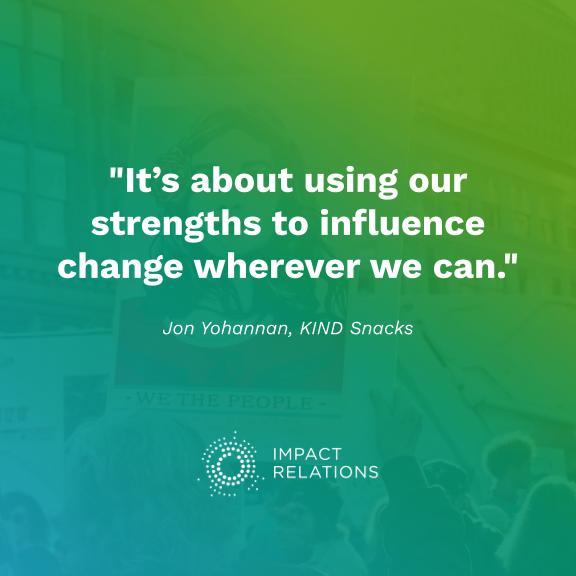 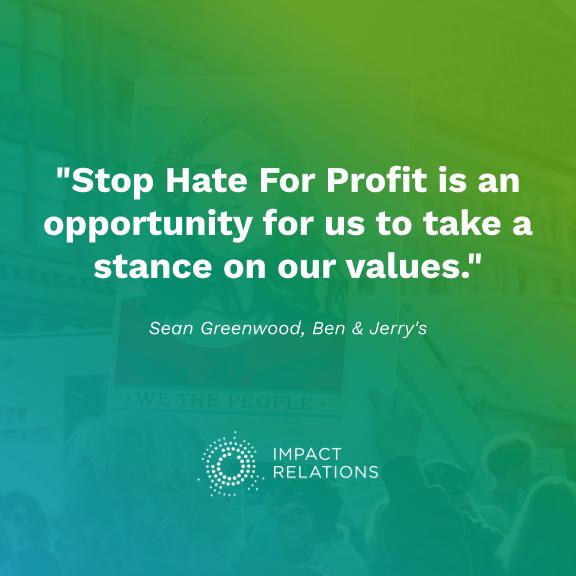