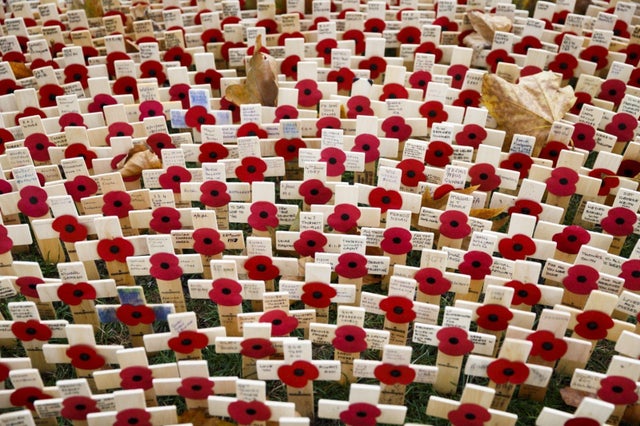 07 Feb Campaign of the Week | Texts From the Trenches

Posted at 00:44h in Campaign of the Week by Jenna

An awareness campaign to bring historical consciousness to a younger generation, with a call to action to donate.

2018 marked a century since the end of the First World War. Truant London wanted to find a way to recognize and honour this anniversary as well as prompt a discussion about the poppy and the reason why some people had stopped wearing them.

While most people appreciate the sentimental value of the tokens used to maintain relationships during historic war times, such as the faded photographs and crumpled letters, picturing what it felt to live through such a catastrophic event is difficult even for the most imaginative minds of today.

Recognizing that handwritten accounts from soldiers recounting their daily experiences are worlds away from how we communicate now, and using the opportunity to open the doors for discussion on a delicate topic at the time, Charlie Linday and George Barlette from creative agency Truant London set out to create a new kind of memorial, one that would reconnect younger generations with remembrance of the 1,117,077 commonwealth men and women who died during WW1.

Charlie and George wanted to modernize the way in which the WW1 stories of these brave men and women were shared, with the aim of making them more relevant and relatable to young people today. They did this by taking the real letters of those who served their countries and turning them into text messages for this campaign – Texts From The Trenches.

Using Instagram and Twitter to share these powerful messages, they posted a text a day in the lead up to Remembrance Sunday, November 11, 2018, creating a bank of actual messages written during the First World War. The messages were displayed by using digital screens at universities and in student unions across the UK, as well as on posters around the capital city, London. All messages, as well as being a capsule in time, had a clear call to action to donate to the Poppy Appeal, and a link to the webpage. 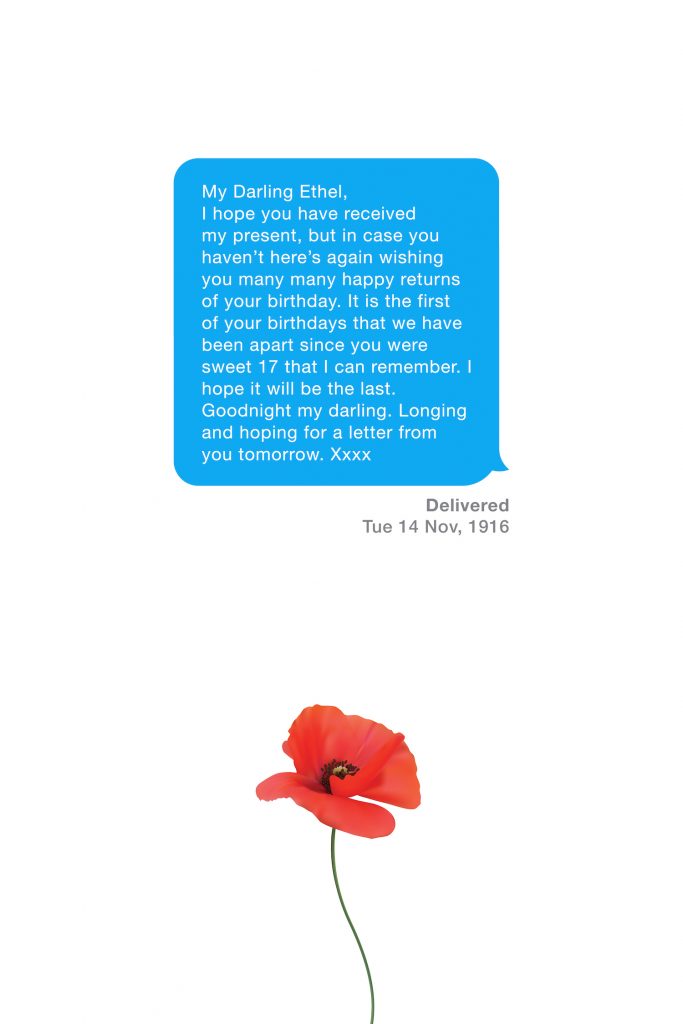 Texts From The Trenches encouraged people to rethink the way in which we choose, or not, to remember the men and women who lived in a reality wildly different from ours. This campaign was able to showcase that despite the 100 years that has passed, we haven’t changed much when it comes to the things we would want to communicate to our loved ones during difficult times.

The D&AD award-winning campaign, Texts From the Trenches achieved 100 media placements with a reach of 8 million across the UK. More importantly, it brought history closer to our lives by modernizing content from WW1 and reshaping it into a visual cue that evokes emotion in us today. As a society, we can relate to the concept of receiving a text from a loved one more so than we can to that of receiving a letter. The campaign video is accessible here.