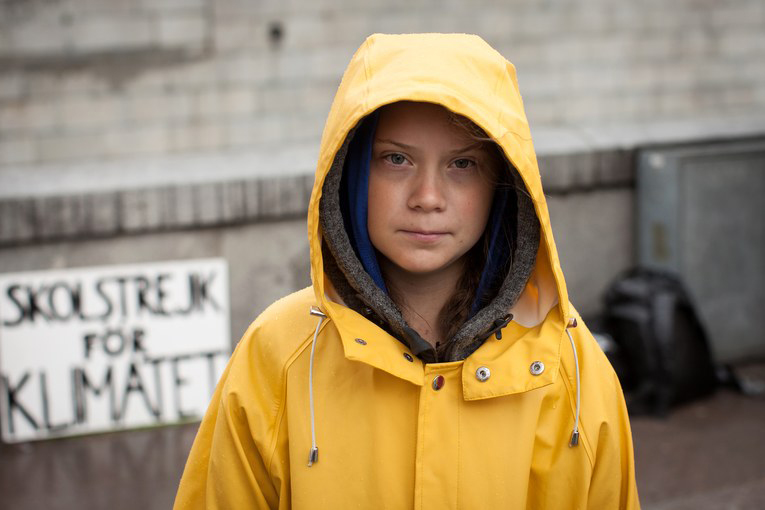 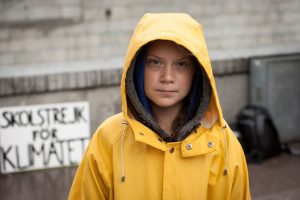 On Friday, March 15, youth and their supporters around the world took part in a school strike to demand action on climate change, inspired by Swedish teen Greta Thunberg. Thunberg, who has Asperger’s syndrome and speaks bluntly, started striking on her own at 15 when she noted with frustration that despite report after report on the coming climate catastrophe being released, governments refused to act to secure a future for youth. Thunberg has spoken at the World Economic Forum at Davos, addressed the UN Climate Change Conference, COP24, and delivered a TED talk. On March 14, it was announced she had been nominated for a Nobel Peace Prize for her climate activism.

Youth in other major cities joined Thunberg in cutting class to strike on Fridays, as part of the #FridaysforFuture movement, culminating in the first coordinated global strike on March 15. This month, we take a look at how the protests were received, and which world leaders are taking notice.

An open letter to grown-ups 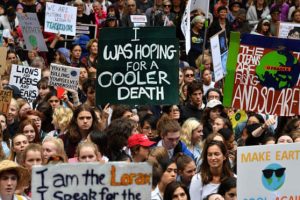 Though Thunberg is arguably the most prominent of youth climate activists, there are several others driving their own prominent initiatives in their home countries: Jamie Margolin and Nadia Nazar of This Is Zero Hour, Alexandria Villaseñor and Haven Coleman of US Youth Climate Strike, Holly Gillibrand of Scotland: The Big Picture and Emma Jackson of 350 Canada and Climate Justice Edmonton. Villaseñor, Gillibrand and several others teamed up with Thunberg to pen an op-ed for The Guardian responding to adults who think they should go back to class. At the time of publication, the op-ed had been shared more than 50,000 times.

‘It’s our time to rise up’: youth climate strikes held in 100 countries

Fridays For Future in pictures 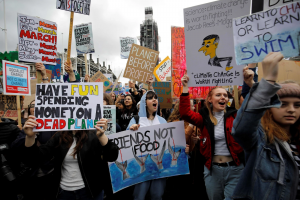 With over 100 nations participating, hundreds of powerful images came out of the climate strike. Perhaps none more so than those from the Global South, where many nations are already grappling with the consequences of climate change, largely driven by lifestyle choices of those in the Global North. The New York Times and The Guardian both published galleries of photos from events around the world, with the latter focusing on some of the students’ most prominent placards.

Pictures From Youth Climate Strikes Around the World

‘There is no planet B’: best placards from the youth climate strike

A dispatch from one of the world’s smallest youth strikes 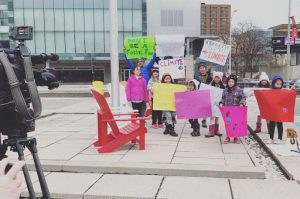 Having recently helped get a chapter of Extinction Rebellion off the ground in her new hometown of Hamilton, Ontario, managing editor Ashley Letts joined a group of supporters at City Hall to encourage a small group of about 15 youth to demand action on climate change from their elected leaders. In this piece for the Impact Relations blog, she writes about the challenges environmental movements face in industrial towns, and the importance of recognizing the environmental racism that racialized and low-income communities have been dealing with, long before climate change became a cause for white and affluent communities to rally around.

A dispatch from one of the world’s smallest youth strikes 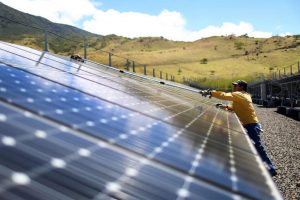 In the ramp up to the global youth climate strike, Costa Rican president Carlos Alvarado penned an op-ed for the Financial Times outlining how his country had begun to implement its own Green New Deal. Costa Rica has a long history of environmental leadership, such as rejecting coal in favor of hydroelectricity, investing heavily in national parks to protect the nation’s biodiversity, and achieving a world record for powering the country on renewables (300 days).

Alvarado calls decarbonization “the great challenge of our time” and lays out a plan for Costa Rica to be the first country in the world to achieve it without leaving any of its vulnerable citizens behind. Though Costa Rica was lauded when it announced it would divest from fossil fuels, a common critique of its world record for renewable power is that it was partially negated by the nation’s rising demand for gas-powered cars.

How Costa Rica will complete its drive to go carbon free

Global Weirding with Katharine Hayhoe: Hayhoe is a prominent atmospheric scientist and director of the Climate Science Centerat Texas Tech. The podcast explores the intersection of climate change, religion and politics.