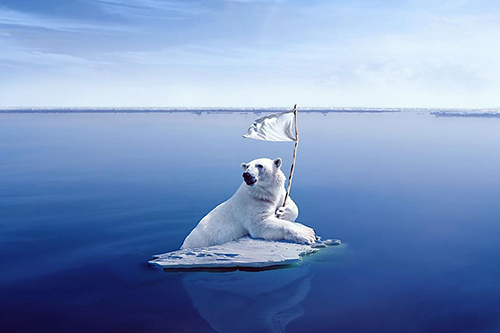 It’s no secret our rapidly warming world is having a negative impact on species of all sizes. The sixth mass extinction has been underway for some time, but is that concept too abstract for people to grasp? A report, recently released by the United Nations’ Intergovernmental Science-Policy Platform on Biodiversity and Ecosystem Services, puts the extinction event we’re experiencing into stark perspective: one million species are currently at risk of extinction in the next few years due to human activity.

If we spring into action now, many of those species can be saved. A number of brands and organizations have been using communications to move us to do just that, appealing to our sense of wonder at all the animals that share our planet, and helping us imagine the bleakness of a world from which they’ve disappeared.

Why Jane Goodall is hopeful for the future 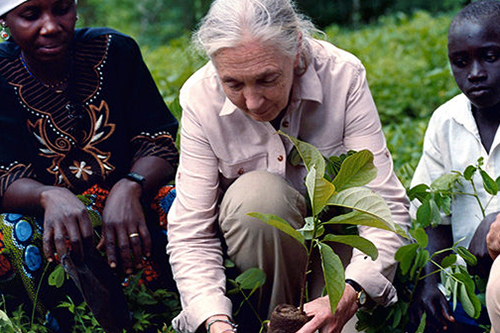 One of the world’s most famous conservationists, Dr. Jane Goodall, marked the 60-year anniversary of undertaking her groundbreaking work with primates in Africa by launching a tour of Australia (home of Jane Goodall’s Chimpanzee Conservation Centre at Monarto Zoo), called Rewind the Future. In an interview with Radio ABC, Dr. Goodall spoke about how she is encouraged by the wave of young people demanding action to address the climate crisis through school strikes, but underscored the need for the youth to establish concrete next steps. Her institute’s youth program, Roots and Shoots, trains young people to become leaders in the global conservation movement and provides resources for educators to bring conservation into the classroom. Roots and Shoots has expanded to 60 countries since launching in 1991.

A veteran of the advertising industry, graphic designer and artist Andreas Häggkvist began creating animal portraits in his spare time, motivated by a love of animals instilled on the forest walks of his youth in Sweden. At a friend’s urging, he started to share his ethereal portraits on Instagram, and the engagement they received (Häggkvist has amassed more than 31,000 on Instagram) propelled him to work on his art full-time. His piece “Time’s Running Out” was featured by Australia’s largest newspaper in the days following its debut. Ideas Powered, an EU-based initiative for using creativity to address social issues, featured “Ice Beargs,” and Adobe tapped Häggkvist to create the legs of a mythical being in blind collaboration with two other artists for World Creativity & Innovation Day.

Vans and Lacoste debut conservation-themed clothing for a cause 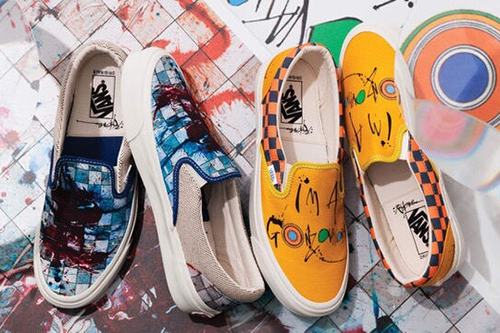 Two fashion brands are showing they care about species-at-risk — Lacoste debuted a line of polo shirts embroidered with of 10 endangered species in place of its iconic crocodile logo, and Vans partnered with British artist Ralph Steadman to launch a line of sneakers featuring 13 endangered species.

Lacoste’s contribution was a part of New York Fashion Week’s Save Our Species campaign. The number of shirts produced matched the number of the species that remain (in the case of the Gulf of California porpoise, only 30). Proceeds were directed to the International Union for the Conservation of Nature. The YouTube video introducing the campaign has been viewed more than 171,000 times and garnered almost 950,000 views on Instagram.

The beneficiary of Vans’ collaboration is WildAid, which will receive a $10,000 donation from the sneaker brand to aid in conservation efforts. Designs are in the style of “Gonzovation” that Steadman created with collaborator Ceri Levy, which uses laughter to engage those outside the conservation movement to develop a love of wildlife.

Looking back: How Bund and Scholz & Friends set the bar high for impactful social ads 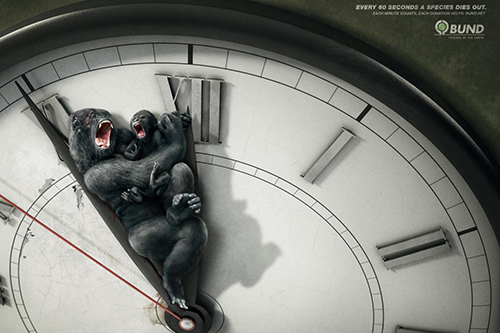 A creative campaign often used as a benchmark for impactful partnerships between NGOs and ad agencies is 2011’s “Every 60 Seconds,” created for Bund – Friends of the Earth Germany by Berlin-based Scholz & Friends. The campaign features animals wedged between the minute and second hands of a stopwatch, to illustrate that every 60 seconds, a species goes extinct (what must that figure be in 2019?). The campaign garnered a laundry list of accolades, including a Cannes Gold Press Lion, ADC New York Merit award, two gold and two silver Eurobest awards, and two silver Epica awards.

BBC Radio 4’s David Attenborough’s Life Stories: Though no new episodes are being produced, you can listen to the lived experience of the world’s most famous conservation advocate as he recounts the natural histories of creatures and plants from all over the planet.