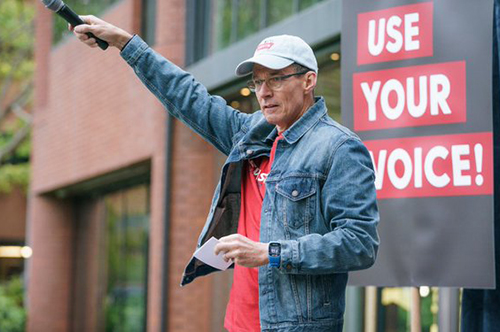 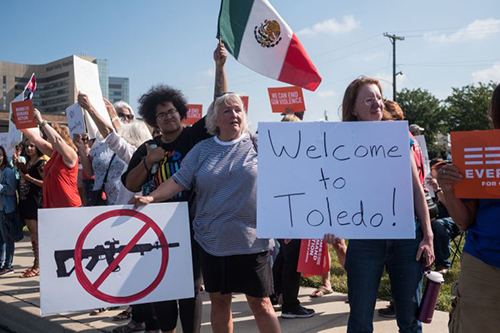 Sandy Hook is often looked at as a turning point for guns in America, with one pundit lamenting that “once Americans decided killing children was bearable, the debate was over.” Since then, 52 mass shootings on U.S. soil have claimed 426 lives, including 22 and 9, respectively, in the most recent tragedies in El Paso and Dayton.

Fortunately, there are a number of organizations that have been galvanized into action, spending more than $2 million on ads to make ending gun violence a defining 2020 election issue. This month, we take a look at how they’re using communications to defeat despair and stem the gun violence epidemic.

Putting NRA-backed politicians on the ropes 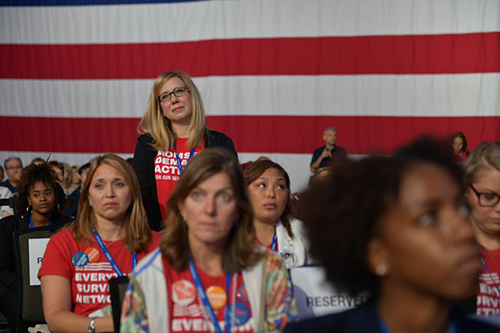 One of the gun control movement’s most powerful champions has been Everytown for Gun Safety, an amalgamation of several gun control groups funded largely by former NYC mayor and businessman Michael Bloomberg. In the days since the most recent mass shootings in El Paso and Dayton, Everytown has organized an almost-million dollar ad spend to demand that Congress pass background check and “red flag” legislation, and singling out NRA-backed senators who are trying to stymie progress. Everytown was a force in the 2018 midterm elections, helping to elect over 1,000 candidates who pledged to pass strong gun control measures.

Levi’s goes to bat for gun control, critics be damned

Gun control is inarguably one of the most polarizing issues in the U.S. Even in the wake of the Sandy Hook Elementary shooting that claimed the lives of 20 children and six adults, Moms Demand Action founder Shannon Watts says businesses were unwilling to take a public position on it. That changed for Levi’s after a customer accidentally discharged his gun in a Levi’s store, shooting himself in the foot. Fearing for employees and customers and thinking about the frequent lockdown drills at his daughter’s school, CEO Chip Burgh penned an open letter in 2016 asking customers not to bring guns into Levi’s stores. In 2018, the company established the Safer Tomorrow Fund, to direct grants to gun control organizations, and partnered with Everytown for Gun Safety to establish Everytown Business Leaders for Gun Safety. Though the moves have prompted hate mail and calls for boycotts, Levi’s last fiscal year was its strongest in decades, and its gun control advocacy has been covered by Mashable, Fortune, Fast Company, CNBC, Adweek, Esquire, Elle and more.

This Is America: Artists reflect the gun violence epidemic 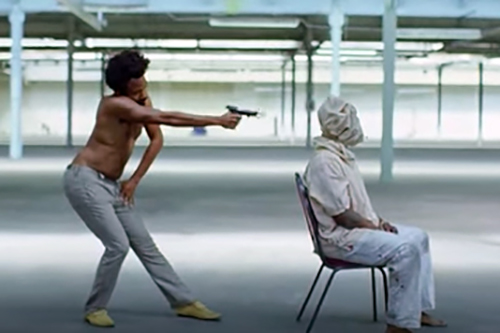 Upon its release in 2018, the video accompanying Childish Gambino’s “This is America,” was lauded as an unflinching look at how the nation has become desensitized to gun violence and police brutality. Directed by Hiro Murai, Gambino (Donald Glover) dances his way through a sprawling white warehouse, pausing briefly to pick up a gun and mow down the innocent people around him before resuming his dance. The video, also regarded as a nod to America’s legacy of slavery has been viewed more than 500 million times. The video also prompted a panicked rebuke from the NRA and made history by winning Gambino dual Grammys for Song and Record of the Year (in addition to two other Grammy wins).

The Fader: Grammys exclusion of 21 Savage says more than This Is America ever could 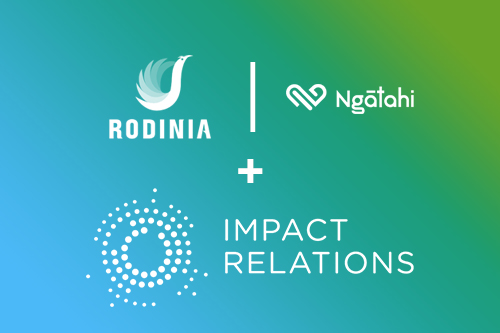 Communications is a tool for influencing social and environmental change, and to that end,  we’re pleased to see the growth of our Impact Relations community globally with an expansion into two new markets, with Ngātahi Communications in New Zealand and Rodinia in Finland. Please join us in welcoming them to the community!