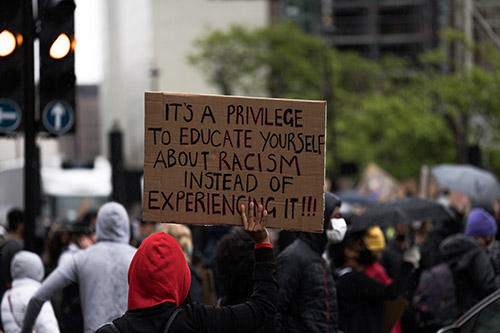 16 Jun The Agenda | Vol. 27 | A turning point in the fight against systemic racism

If there is any kind of silver lining to be found in the loss of Ahmaud Arbery, Breonna Taylor and George Floyd (among a long list of other Black Americans killed this year, most recently Rayshard Brooks), it’s that their murders appear to have galvanized the movement against systemic racism. Leaders and organizations of all sizes have been forced both to recognize that systemic racism exists, and begin to understand how they have (consciously and unconsciously) upheld it.

One thing we’re learning about real, non-performative allyship to the Black community, is that anyone truly committed to it should be prepared to get it wrong. Because in the mistakes lie the good stuff: the real learning. And get it wrong, many of us have — from vague statements about “standing with” to creating emotional labor for Black colleagues, to reacting with white fragility when called out. But there’s reason to hope that real learning is happening with each of these mistakes. Hopefully, we’ll look back on this moment in history as one where we emerged from the pandemic with a higher level of consciousness, a commitment to racial equity, and a renewed reverence for the power of communications.

A MESSAGE FROM THE GLOBAL IMPACT RELATIONS NETWORK BOARD

Our Board President, Brad McAfee, recently shared his thoughts on how communicators can rise to the challenge at a time when the stakes have never been higher. You can read his letter here. 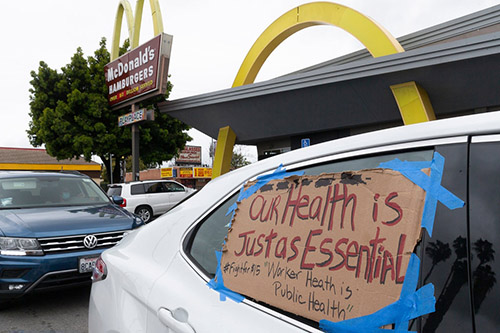 As brands rush to declare their support for the black community, many are facing criticism for how their operations maintain the status quo of systemic oppression (McDonald’s, Amazon, Nextdoor and Youtube). Then, there’s Ben & Jerry’s. We’ve documented in earlier newsletters about how Ben & Jerry’s is putting substantial resources behind criminal justice reform. With the receipts to show how it is backing up words with action, the ice cream brand was empowered to deliver an unflinching message that included calling out white supremacy and the legacy of slavery, and making four concrete demands for legislative action. The statement has been shared more than 126K times on Twitter alone, and covered by Business Insider, USA Today, Forbes, CNN, Global News, Wall Street Journal and more. 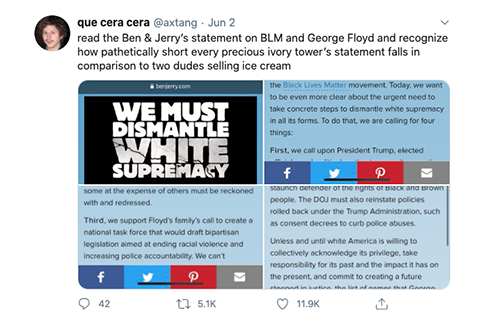 A tale of two Op-Eds

Two op-eds in response to international protests against racism created an uproar in prominent newsrooms in Canada and the U.S. The New York Times Opinion Desk opted to publish an Op-Ed by Arkansas Senator Tom Cotton titled “Send in the Troops,” which called for the use of military force against protestors. The resulting uproar from staff and readers prompted the paper to host an internal town hall, which was live tweeted by several journalists, and sparked a debate about when unchecked free speech endangers democracy. Several writers of color at the Times shared how publishing op-eds like Cotton’s showed a blatant disregard for their wellbeing, and opinion page editor James Bennett ultimately resigned over his decision to publish. 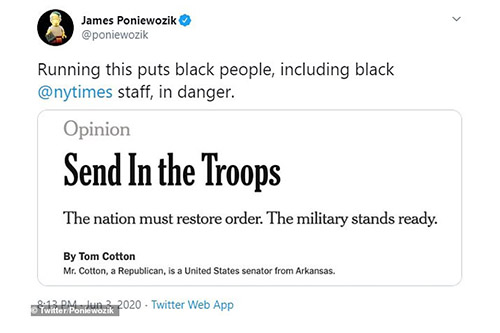 In Canada, National Post columnist Rex Murphy is known for pro-fossil fuel expansion and anti-political correctness commentary, which made him an odd choice to be one of the paper’s first commentators on anti-racism protests. His column entitled “Canada is not a racist country, despite what liberals may say,” prompted writers of color at the Post to email editor-in-chief Rob Roberts, calling out the argument as ill-informed and ignorant, and underscoring how with each column like it, they’re made to feel more unwelcome at the paper (business reporter Vanmala Subramaniam wrote this rebuttal). In a town hall, Roberts admitted the column hadn’t been properly edited and did not meet the paper’s standards, but it remains online, with a note as to the editing failure. 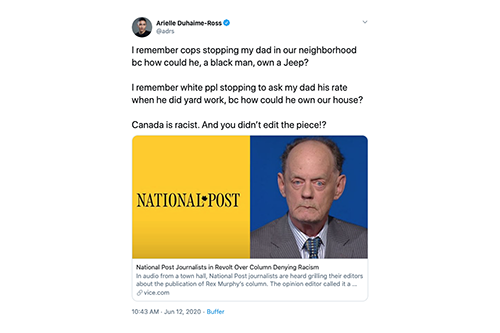 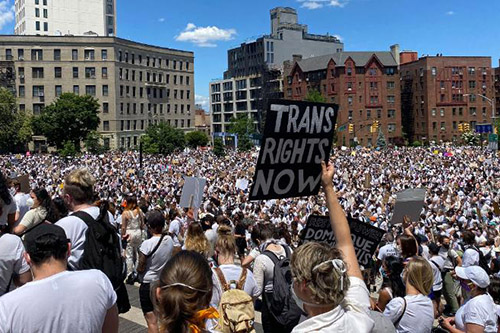 Alongside the reckoning happening about white supremacy in America, is the reckoning that black trans women are the disproportionate targets of racism, transphobia and violence. Riah Melton and Dominique Fells were violently murdered in the span of one week, prompting widespread calls to recognize violence against the black trans community.

During Pride month, and on the four-year anniversary of the Pulse Nightclub mass shooting which claimed 49 lives, the Trump administration reversed Obama-era protections for LGBTQ+ people in the U.S. healthcare system, allowing insurance companies to refuse to fund transition-related treatments and eradicating more of the few existing protections for trans Americans. Subsequent Black Trans Lives Matter rallies drew thousands in front of the Brooklyn Museum, and a photo from the Black Trans Lives Matter rally in Baltimore accompanied TIME magazine’s recent cover story, “The Overdue Reckoning.”

TIME – Two Black Trans Women Were Killed in the U.S. in the Past Week as Trump Revokes Discrimination Protections for Trans People 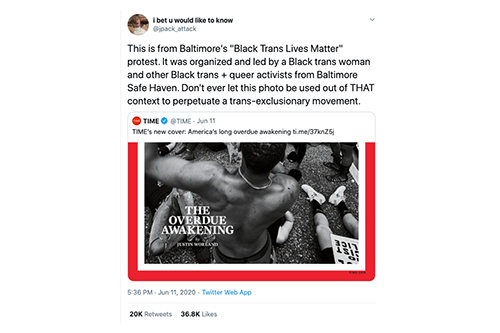 How Black Lives Matter is becoming a household name 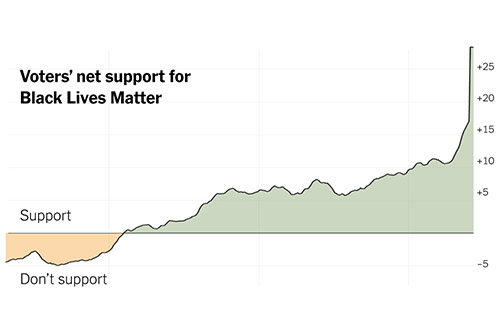 Just two months ago, support for Black Lives Matter seemed an almost polarizing thing for a lot of Americans, but due perhaps in part to a concept called thermostatic public opinion, there appears to be a sea change happening as peaceful protests continue. This NYT explainer shares some of the factors driving the shift, and discusses whether other once controversial ideas that have increased in popularity, like defunding police, will see a similar spike in support.

How Public Opinion Has Moved on Black Lives Matter