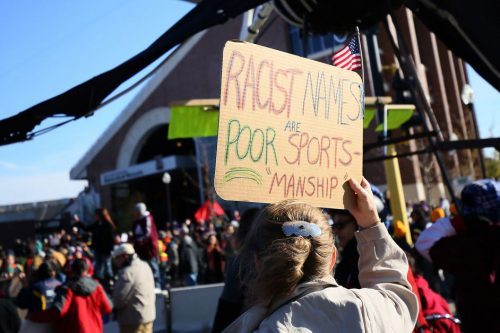 14 Jul The Agenda | Vol. 28 | Confronting racist history, one statue at a time

As widespread protests across the U.S. continue and the country begins to confront systemic racism, the chorus of voices calling for the removal of statues of racist historical figures is getting louder. Those opposed say the statues serve as reminders of the past and help ensure we don’t repeat it. Proponents counter that racist historical figures belong in history museums, not on pedestals, where they also serve as tributes to white supremacy.

This month’s Agenda explores the movement for a historical reckoning, and how communications is being used as a tool to highlight how history is often manipulated to make the victors look righteous. 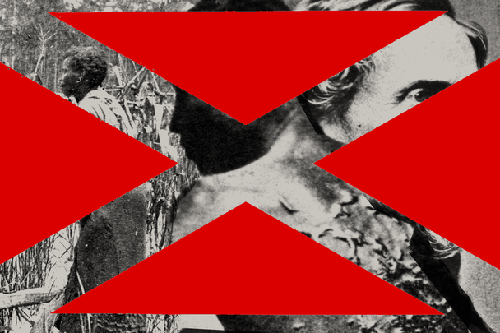 The Confederacy may have only lasted five years, but its symbols remain the subject of heated debate among Americans, and a painful reminder of the legacy of slavery that still exists in 2020. Polls released in 2017 found that just 39 percent of those surveyed supported removing the monuments, with 50 percent opposed. A similar poll conducted in June 2020, following the killing of George Floyd, found that 52 percent now supported removing statues, with 47 percent opposed. With Nascar removing Confederate flags from its events, top Pentagon officials indicating they were open to renaming bases that bear the names of Confederate generals, and the former Confederate capital of Richmond, Virginia announcing the removal of multiple monuments, it would appear that national protests have been effective in ending the romanticization of the Confederacy. To dispel any myth that might remain, Columbia University history professor and author Stephanie McCurry recently penned an op-ed in the Atlantic outlining the brutality of the short-lived Confederate States of America.

The Atlantic – The Confederacy Wasn’t What You Think

What’s in a name? Oh, just some multigenerational trauma. 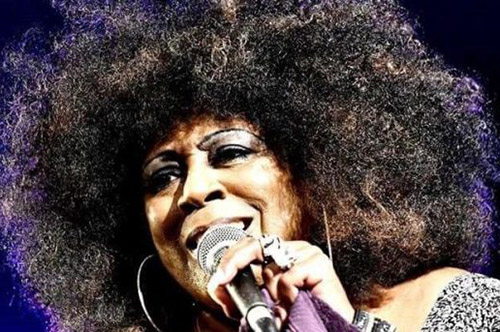 Indigenous groups in North America have been lobbying for decades for major league sports teams such as the Atlanta Braves, Washington Redskins and Edmonton Eskimos to change their stereotype-perpetuating names. Though their demands to date had mostly been met with shrugs from the teams’ administrations, amid the current wave of anti-racist activism, particularly on social media, Washington recently announced that it would change its name and mascot. Edmonton’s major sponsors, Boston Pizza and Belair Direct insurance, ended their relationship and publicly urged a name change, respectively, making the team’s acquiescence seem imminent.

Country bands the Dixie Chicks and Lady Antebellum dropped Confederate references in their names in an effort to “meet the moment.” The Chicks made the change with little fanfare, but “Lady A” ended up choosing a name already in use by a Black blues singer. When the first Lady A refused to allow the band to also use her name, they initiated a lawsuit, bringing on a barrage of criticism for their performative allyship.

Sussexes address the colonial legacy of the Commonwealth

Though Prince Harry and Meghan, Duchess of Sussex have stepped back from their senior royal duties, they still lead the Queen’s Commonwealth Trust. In a recent video discussion with youth about how the Commonwealth can support young people, they made the unprecedented move of addressing the U.K.’s uncomfortable history of colonialism, encouraging viewers to engage in difficult conversations and a close examination of the biases learned in school and at home. The comments were widely reported on in the UK and North America, and the YouTube video of the conversation has been viewed more than 233,000 times. 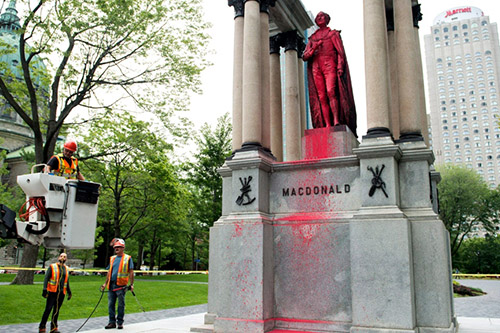 Monuments to Christopher Columbus have been a major target of protesters, with those in Baltimore ceremoniously toppling their statue on Independence Day and pitching him into the harbor. Statues of Sir John A. MacDonald — Canada’s first prime minister, widely considered the architect of the residential school system — are regularly being doused with red paint and facing calls for removal. Older generations seem puzzled by the backlash, and textbooks in North America may have something to do with the knowledge gap on both nations’ history of racism. At best, many gloss over the brutality of the suppression of Indigenous peoples and of slavery. At worst, they omit key parts entirely or convey a sort of nostalgia. On the first Juneteenth since the deaths of George Floyd, Breonna Taylor and Ahmaud Arbery, (and as many Americans question why they didn’t know what Juneteenth was until this year), NBC’s Daniela Silva consulted some historians on the whitewashing of America’s history.

NBC – From Juneteenth to the Tulsa massacre: What isn’t taught in classrooms has a profound impact