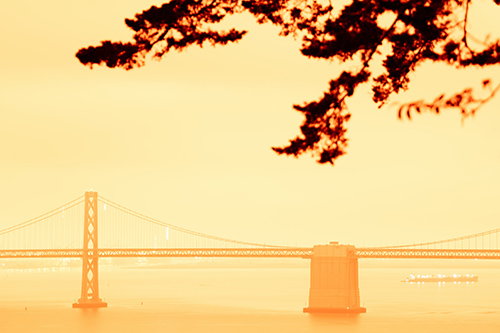 Residents of the coastal U.S. and Canada have come to brace themselves for “wildfire season” each year. In peak 2020 fashion, this year’s wildfires are particularly devastating — smoke from those originating in Oregon and Northern California has blanketed the Pacific Northwest and moved as far east as Ontario, obscuring the sun and making it appear to burn bright orange.

While some news outlets are being lauded for making the appropriate link between climate change and wildfires, in others, it’s been notably absent. Though the origin of at least one fire appears to have been caused by a gender-reveal gone wrong, far-right interest groups have created some wild conspiracy theories to avoid confronting what scientists tell us will get worse without swift and far-reaching action. This month, we take a look at how communications is helping (or hindering) our understanding of climate catastrophe.

The elephant in the room (but not the headline) 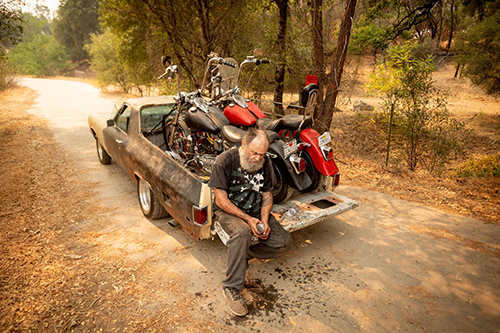 HEATED editor Emily Atkin recently published an analysis of how mainstream outlets are covering wildfires, and what she reported was troubling. Despite devoting heavy word counts on Labour Day to the apocalyptic weather on the West Coast, neither Associated Press nor the New York Times included the words “climate change” anywhere in their articles. Days after Atkin published her analysis, the Times published a more in-depth piece that made the direct connection.

Atkin left the climate beat at The New Republic to found HEATED, a newsletter devoted to exposing those responsible for the climate crisis. It now boasts 30,000 subscribers, and in the course of its first year, it has forced fact-checking and advertising requirement changes at Facebook and Twitter, exposed a congressman who reneged on his pledge not to take fossil fuel money, and Atkin was called on to moderate CNN’s first-ever climate town hall.

HEATED: Nothing to see here, folks

Far-right conspiracy theories lay blame for the wildfires on — the left? 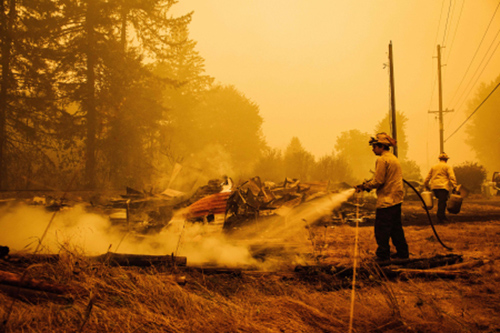 Far-right pundits moved beyond the abject denial of climate change as a factor exacerbating the West Coast wildfires, instead laying the blame at the feet of their adversaries on the left, or, more nebulously, on antifa and anti-racism protesters. Despite the absence of any evidence linking wildfires to antifa, the conspiracy theory, which conflated two separate stories into one, was reported as fact by a number of right-wing outlets including The Gateway Pundit, Breitbart, and The Post Millennial. Joe Rogan also repeated the story to his audience of millions without fact-checking, prompting an eventual apology.

Mother Jones: Right-Wing Conspiracists Linked Antifa to the Wildfires. Then They Got a Big Boost From Russian Media.

Fighting fire with fire – the criminalization of cultural burning 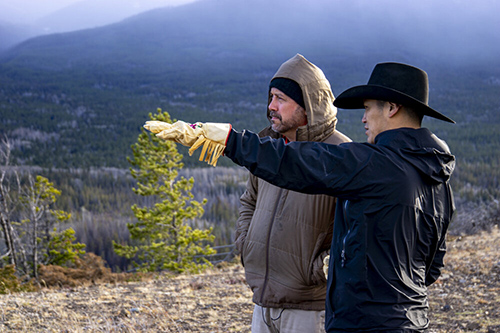 Though scientists have confirmed that climate change is a driving force behind the severity of wildfires gripping the West Coast, there is a nugget of truth in the argument that a lack of forest maintenance is to blame. It stems from provincial and state governments criminalizing traditional Indigenous forest practices like cultural burning. Cultural burning seeks to not only clear away fuel for wildfires, but to restore biodiversity, taking its cues from the wildlife and plant species that traditionally populate an area, and preventing infestations of ticks, pine beetles, and other invasive insects.

A pilot project is currently underway in BC, where communities within the Tsilhqot’in nation are consulting with Australian Indigenous fire practitioners to restore cultural burns in their territories in an effort to stave off the worst of the fires. To help foster an understanding of cultural burns, fire research scientist Amy Cardinal Christianson, a Metis woman from Treaty 8 territory, launched a podcast called Good Fire, which explores using fire as a tool for health and Indigenous cultural empowerment with experts from around the globe.

The Narwhal: The art of fire: reviving the Indigenous craft of cultural burning

Earlier this month, our board President, Brad MacAfee, moderated the first webinar in the ‘Driven by Purpose’ series by UGA’s Grady College of Journalism and Mass Communication alongside Catherine Hernandez Blades of aflac. The session is available for viewing here.

In other board member news, our Marketing & Communications chair, Sean Greenwood of Ben & Jerry’s, offered his insights on communication and activism in this piece for PR Week.