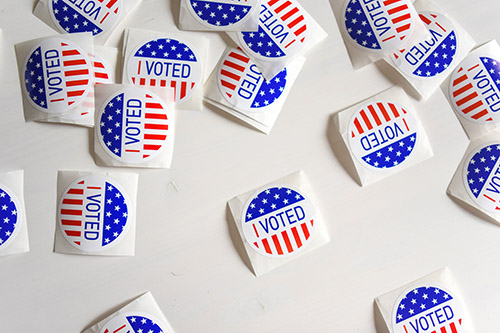 In just over two weeks, Americans will be heading to the polls to determine who will lead the country through some of the most complex challenges its citizens have ever faced. The nation is grappling with a pandemic that has claimed the lives of more than 220,000 Americans, in the middle of a reckoning with systemic racism, all while the climate crisis intensifies. It’s no wonder the 2020 election is being called the most consequential in history, with organizations and influencers employing creative communications tactics to get out the vote. Alongside our own hopes for how communicators can help, here are a few ways comms is being employed to get people to the polls.

A LETTER FROM OUR BOARD PRESIDENT, BRAD MACAFEE

On Monday, October 12th, I arrived 30 minutes before the start of early voting in my home state of Georgia, ready to have my voice heard. I waited an hour and 45 minutes before arriving at the last station before the voting booth. A wonderful volunteer asked me, “I hope your wait hasn’t been too long.” Without missing a beat, I replied, “waiting an hour and half to vote today is nothing compared to the more than three and a half years I’ve spent waiting for this day.” By 10:00 am, my vote was cast.

I am writing this note to our community because, at our core, we are communications professionals who embody positive change and the potential to make a difference. We work tirelessly with our companies and with our clients to make an impact. Voting is not only our civic duty, it is an opportunity for each of us to promote change — no matter which candidate for President, state representative or local county official you support. Click here to keep reading… 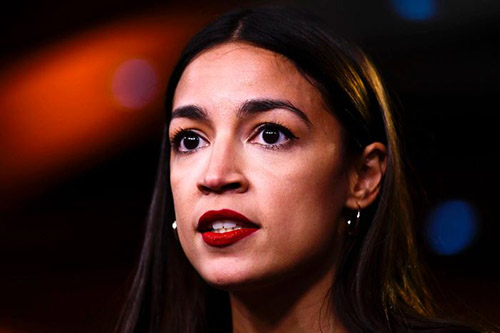 When the news broke that Justice Ruth Bader Ginsburg had died, many liberals feared that the worst might come to pass. The balance of the Supreme Court would be tipped conservative. Roe v. Wade would be overturned. President Trump might use it to hang onto power illegitimately. Rep. Alexandria Ocasio Cortez was quick to take to her more than 7 million followers on Instagram with a 40-minute rallying cry not to give up, and to regroup to ensure a Democratic victory on November 3rd. She encouraged people to make an impact by identifying the one person in their life whose mind they could change, and get them to the polls, while highlighting the importance of voters under 40 executing a voting plan and exerting their power as a progressive voting bloc. Her Instagram live was viewed more than 5 million times.

The Cut: AOC Tells Us What to Do Right Now

These restaurants are cultivating an appetite for democracy 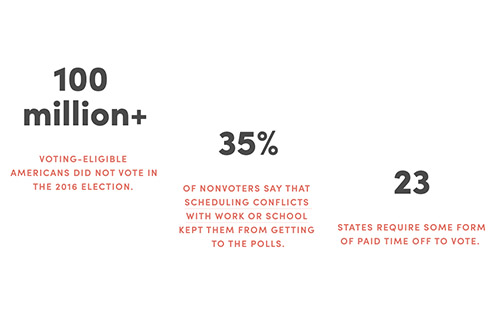 The restaurant industry is the second-largest private sector employer in the nation, so an initiative that accommodates its workers exercising their democratic right to vote is one that could significantly boost voter turnout (a measly 56% of eligible voters cast ballots in 2016). &Pizza, Cava, Sweetgreen, Farm Burger and Southern Cross Coffee all signed up for ElectionDay.org to offer voting-friendly policies for employees, which include things like paid time off to vote, custom voter registration polls in restaurants, and free meals for poll workers. Time to Vote has also attracted a large list of participating restaurant chains, including some who are doubling up with participation in Election Day.org. &Pizza is going a step further than most participating restaurant groups, having announced this summer it was closing all stores on November 3rd with paid time off for employees so they could vote. &Pizza’s announcement was covered by Eater, Forbes, CNBC and Restaurant Business Online.

Forbes: Restaurant Chains Big And Small Are Encouraging Employees To Get Out The Vote

How the Impact Relations community is getting out the vote 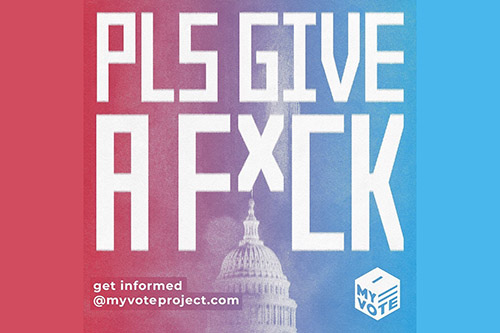 We’re pleased to report a number of Impact Relations practitioners are already working hard to get people to the polls. At Prosper for Purpose, an impact-focused PR firm in Cleveland, OH, team members are given paid time off to volunteer making calls, writing and texting on behalf of Black Lives Matter, We the Change, and the Democratic Party.

The impact strategists at Provoc also launched a campaign called #TogetherWeVote, in which it delivered an email with weekly social media posts designed to spark voter engagement to more than 200 participating organizations.

Meanwhile,  a great Purpose Collaborative project between Carol Cone on Purpose and Yulu PR has helped raise awareness of a new nonpartisan voter education platform, MyVoteProject. MyVoteProject arms voters with information on candidates and policies in Florida, North Carolina, and Pennsylvania ahead of November 3. MyVote Project was founded by Sari Kaufman, a survivor of the 2018 Parkland shooting and organizer of March for Our Lives, David McAdams of Duke University, and Gita Stulberg, a political strategist. To support this impactful organization, follow its social feeds and share its content (Facebook here, Twitter here).