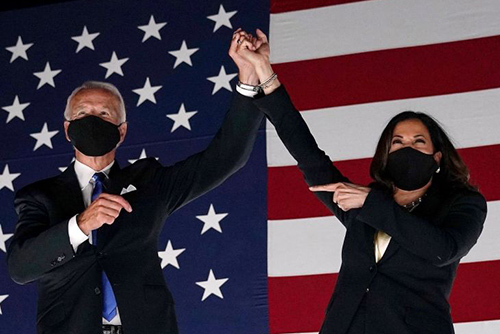 The U.S. presidential election has delivered a decisive victory to Joe Biden and Kamala Harris, making Harris the first female Vice President and person of color to hold the office. Despite President Trump’s refusal to concede, the final tallies and the shattering of a glass ceiling have been cause for celebration among those desperate to restore a sense of dignity and composure to the White House.

Leaders of both nations and multinational companies, with whom President Trump often had a fraught relationship, seem to be breathing a collective sigh of relief at his ouster. This month, we take a look at how prominent leaders are reacting to the U.S. election, and what a Biden presidency might mean for multilateral collaboration on some of the world’s most complex challenges.

America’s most powerful CEOs discuss the possibility of no concession 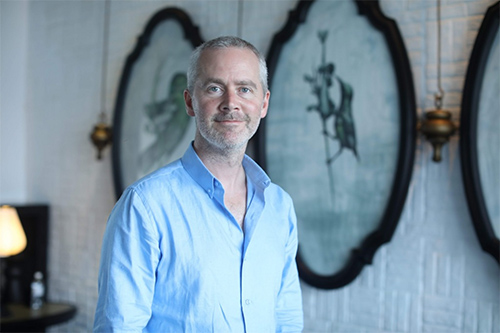 President Trump continues to tweet unfounded claims of election fraud, and though prominent Republicans are beginning to urge him to concede, a group of prominent CEOs recently met to discuss how they might respond if Trump refuses to transition power to President-elect Biden. Though attendees were kept anonymous, the CEOs from Walmart, Disney, and Johnson & Johnson made their attendance public. All participants agreed they would wait out certification of the results on November 20 before taking collective action, which might include putting an end to political action committee donations, or even relocating premises. Among the companies whose leaders didn’t shy away from urging the president to concede was Patagonia, a longtime champion of social justice causes, and Expensify, which took the unusual step of emailing its 10 million customers, urging them to vote Biden because “not a lot of expense reports get filed during a civil war.”

Should party leaders call a spade a spade? 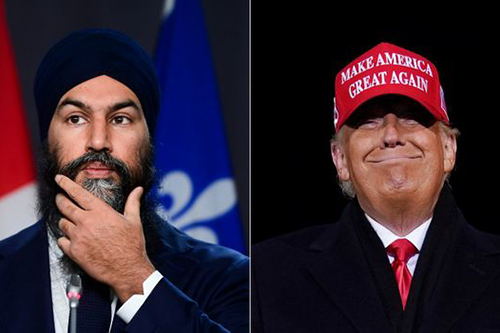 Though Canadian Prime Minister Justin Trudeau’s relationship with President Trump has been a far cry from the “bromance” he enjoyed with Barack Obama, he kept to the custom of not offering an opinion on the election until after it was decided. Leader of Canada’s left-leaning New Democratic Party, Jagmeet Singh, drew both criticism and praise for tweeting ahead of election day that he hoped Trump and his racist, xenophobic policies would be soundly defeated. Critics accused him of putting Canada in a difficult position should he ever become Prime Minister (by all accounts a distant possibility at present), while those who supported the move lauded him for having the guts to call out the Trump administration’s cruelty. Singh’s tweet was retweeted and quoted more than 13,000 times. 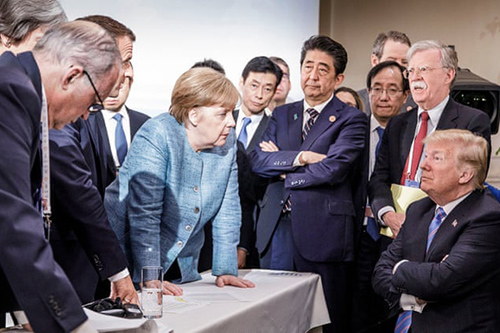 Though their true feelings were sometimes betrayed in photos and video, world leaders who fought to hide their exasperation with President Trump in previous dealings with him offered celebratory messages as election results came in, projecting messages of hope to their constituents for a new era of global cooperation. German Chancellor Angela Merkel, French President Emmanuel Macron, Paris Mayor Anne Hidalgo and London Mayor Saadiq Khan’s statements all offered heartfelt congratulations that celebrated a return to collaborating with the U.S. on complex global challenges. Even those more controversial leaders who allied themselves with the Trump administration, such as Israeli Prime Minister Benjamin Netanyahu, British Prime Minister Boris Johnson, and Indian Prime Minister Narendra Modi, issued statements highlighting shared values, and in Modi’s case, highlighting VP-elect Harris’ Indian heritage as a source of pride. Very few of leaders’ prepared statements referenced Trump’s policy failures directly, instead focusing on hope for the future.