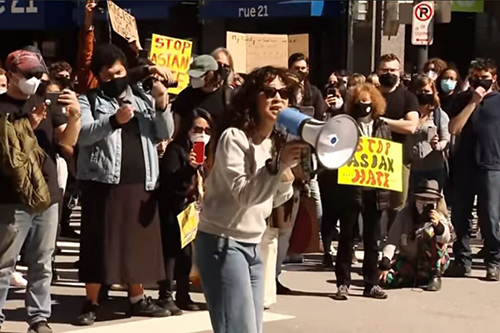 Another Women’s History Month is winding down. And though it’s never a bad idea to shout out the women in our lives who inspire and support us, to celebrate all they’ve achieved, let’s acknowledge that things are pretty heavy for women right now. The world is still grappling with a pandemic, wherein relationship inequalities are laid bare, mental health supports are stretched thin, and domestic and racist violence against women have both surged.

As impact-focused communicators, it’s important to examine how the narratives we help craft affect all women: not just our mothers, sisters, daughters and friends but especially women who don’t look like them, and whose lived experiences are vastly different than theirs. This month’s Agenda is both a celebration of women making the world a more just and equitable place, and a call to action to support them with more than cheers and accolades.

Atlanta shootings and the fetishization of Asian women

In the wake of a white man’s shooting spree that claimed the lives of seven women, six of whom were Asian, women’s and sex workers’ advocates were outraged with police reluctance to name the attack as racially motivated. A spokesperson went so far as to excuse the shooter’s act of terrorism as wanting to remove “temptation for his sex addiction” and “having a really bad day.”  In response, several Asian actors addressed how the historical fetishization of Asian women makes them the frequent targets of violence, including Sandra Oh, Gemma Chan and Olivia Munn, whose interview on the topic with MSNBC has been viewed more than 74K times on YouTube. The connection was also explored by NPR, CNN and NBC News. 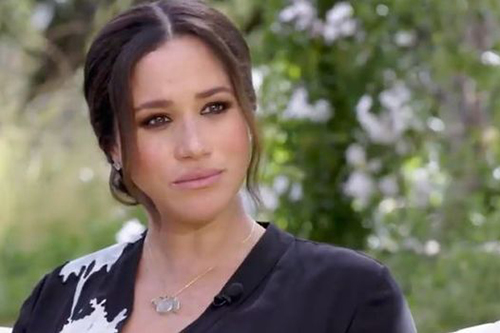 The Sussexes highly anticipated CBS interview with Oprah Winfrey drew 17.1 million viewers, many of whom were shocked to hear that not only had the institution declined to defend Markle against false accusations printed in British tabloids or address the overtly racist coverage to which she was subjected — but a royal family member expressed concerns about how dark her unborn child’s skin might be. Markle revealed that she had been suicidal and denied access to mental health support, and that she and Prince Harry decided to step down from royal responsibilities when it was decided their child would receive no royal title and therefore no security detail. In the wake of the interview, prominent Black women including Serena Williams, Michelle Obama, Bernice King and Amanda Gorman expressed support and empathy for Markle, sharing their own experiences with racism and gaslighting.

The murder of Sarah Everard reverberated around the world as women lamented that even when they do everything “right,” they’re still not safe from violence at the hands of men. Everard was walking home in South London at 9:30pm, wearing bright clothes, in a public place, and called her boyfriend while en route. A policeman has been arrested and charged with her kidnapping and murder. When people inevitably inferred that Everard had somehow brought her fate upon herself, women responded by sharing the myriad ways they’ve been taught to ward off harassment and violence, from not going out at night to using their set of keys as wolverine claws. The case also drew attention to the murder of Shana Grice, who was fined by police for wasting their time. Grice reported her stalker to police five times before he killed her.

The Murder Of Sarah Everard Hits Home For All Women. Here’s Why

Our most recent Impact Council featured a pioneer of the social purpose movement, trusted advisor to the Global Impact Relations Network, and overall inspirational woman: Carol Cone. For those who did not manage to join, you can access a recording of the session here.

Small Doses with Amanda Seales: Comedian and “Insecure” actress Seales shares “potent truths for everyday use,” discussing everything from politics and white privilege to her experience freezing her eggs.