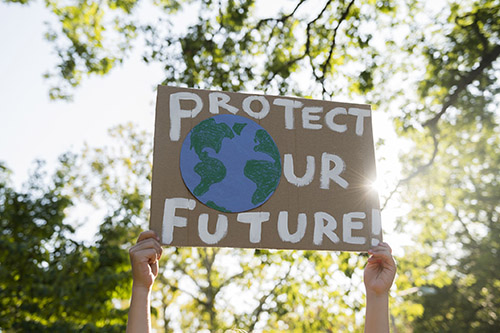 27 Apr The Agenda | Vol. 37 | Why climate and racial justice are inextricably linked 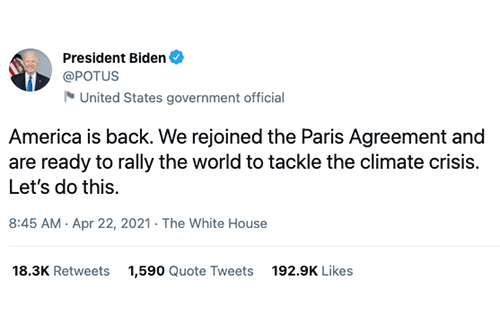 April 2021 has been a month of profound news on the racial justice, climate crisis, and global pandemic fronts. Georgia’s controversial voter suppression bill was signed into law, after mostly-Black voters delivered the state to Joe Biden. Derek Chauvin was convicted of George Floyd’s murder. Coronavirus cases are surging in Canada, most severely in Brampton, Ontario, where racialized essential workers and their families are being disproportionately affected. Scientists warn that pandemics will continue to occur in a warming world.

At President Biden’s climate summit, the international community began to acknowledge that the most dire consequences of the climate crisis are thrust upon those who bear the least responsibility for it. So in this post-Earth Day edition of The Agenda, we look at how climate action and racial justice are inextricably linked.

Aside from President Biden’s climate summit, Earth Day seemed to come and go without fanfare this year, like a wave on an eroding shore. If it seems like Gen Z is particularly uninspired, it may be because they’re trying to come to terms with the heaviness of the world they’re inheriting. A survey conducted by Blue Shield of California, which coincided with the health insurance company’s announcement of its new sustainability goals, found that racism and white supremacy, combined with the climate crisis and extreme weather events, are having a profound effect on Gen Z’s mental health (social justice was top of mind, followed closely by climate change). 62% of respondents felt their generation takes climate change seriously, compared with 34% who felt their parents do. Blue Shield’s survey and announcement resulted in coverage from USA Today, Phys.org, and Verywell Health. 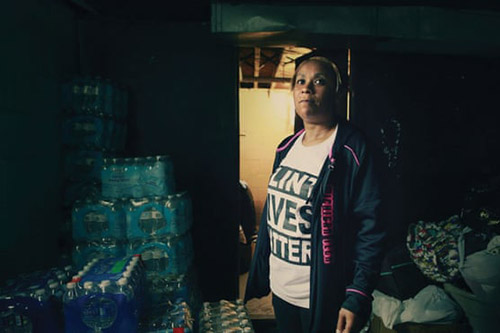 Access to clean drinking water is one of our primary human needs, yet even in some of the world’s most prosperous economies, it isn’t a given for many racialized and Indigenous communities. Flint, by British documentarian Anthony Baxter and narrated by Alec Baldwin, premiered at the Environmental Film Festival in Washington in 2020 and will debut in the U.S. later this year. It takes a long view of the ongoing Flint water crisis, examining the majority-Black community’s mistrust of government and disappointment after the cameras were gone. Variety, The Guardian and The Hollywood Reporter all covered the film.

There’s Something In The Water is a Netflix documentary based on Ingrid Waldon’s book of the same name. Producer Ian Daniel and Nova Scotian actor Elliot Page explore the history of environmental racism in that province, from high incidences of cancer in Black and Indigenous communities located close to toxic waste sites to Scott Paper’s dumping of toxic waste in Boat Harbour on Pictou First Nation. Its official trailer has been viewed more than 88,000 times on YouTube, and more than 262,000 times on Page’s Instagram. The film’s debut was covered by TIME, The Hollywood Reporter, and more. Waldron has been a driving force behind Bill C-230, which would require Canada’s government to collect statistical information on the location of environmental hazards, and study links between race, socioeconomic status and health outcomes.

Variety: ‘There’s Something in the Water’ Review

The Land Back Movement 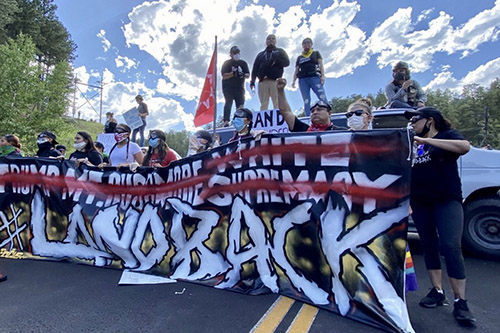 Former senator and CNN commentator Rick Santorum, having apparently missed the memo on the systemic disenfranchisement of BIPOC in North America, is facing backlash after telling an audience at a conservative event “there isn’t much Native American culture in American culture.” In an effort to restore both their culture and their sovereignty, The Land Back movement advocates lands be returned to their traditional Indigenous stewards, who are both more diligent caretakers and less driven by greed. The movement has scored some major successes with the return of 1,200 acres in Big Sur, California, and the removal of dams on the Klamath River in Oregon. In Caledonia, Ontario, a group of Haudenosaunee people occupy a 25-acre parcel of land they’ve been fighting in court for decades to assert their ownership of. They’ve renamed the occupied territory, which has been slated and partially sold by a developer as a new housing subdivision, 1492 Land Back Lane, after the year Columbus “discovered” North America. Grist – What is the Indigenous landback movement — and can it help the climate?

We were fortunate to host Fjällräven’s Head of Brand Experience, Andreas Cederlund, for our April Impact Council, during which we explored how brand experiences can inspire sustainable behaviours and align consumers toward a company vision. Tune in here to learn how Fjällräven inspires sustainable behaviour and strives to motivate consumers toward their vision of feeling secure and at home in the outdoors.

A rebrand for Earth Day? Though it’s four years old now, this piece by Heated founder Emily Atkin on how Earth Day has lost its relevance is as pertinent as ever: Earth Day Is Too White and Out of Touch With Reality.