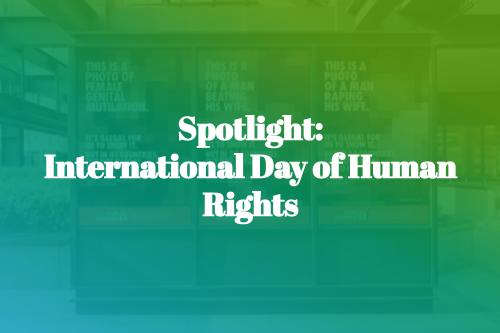 Agency MullenLowe in New York worked with the UN to execute the campaign. The installation consists of billboards with large capitalized writing on top of a heavily blurred image. These images are meant to depict three violent acts that are illegal to display in America but still legal to act on in many countries across the world:

An example billboard reads: “This is a photo of a man beating his wife. It’s illegal for us to show it. But in 35 countries, it’s not illegal to do it.”

The agency’s approach is direct, emotive and thought provoking, prompting spectators to think about the differences in access to basic human rights when compared to other countries around the world – raising awareness about this important topic.