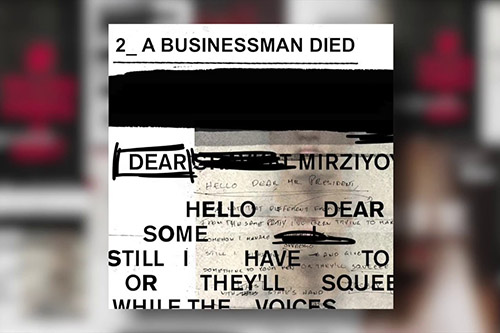 03 Jul Campaign of the Week | The Uncensored Playlist

Posted at 02:16h in Campaign of the Week by Jenna

A movement to fight oppression and champion freedom of speech, resulting in significant awareness on global censorship and ways to get around it.

March 12 is World Day Against Cyber Censorship and in 2018 international independent NGO championing freedom of speech, Reporters without Borders, honoured it by bringing attention to press censorship which has affected many countries for decades. Rather than creating a traditional awareness campaign, Reporters Without Borders Germany worked with creative agency DDB Germany and creative production company Media Monks in finding an unconventional way to fight censorship and to allow the truth to speak for itself in places where freedom is heavily restricted.

In its quest for global freedom of speech, Reporters Without Borders Germany realized that while many news websites and blogs are routinely policed and censored in countries such as China and Vietnam, music streaming platforms such as Spotify, Deezer and Apple Music remain freely accessible and unmonitored.

This provided a sort of online loophole to evade censorship and fight for the truth and provided platforms for five acclaimed journalists from Egypt, Vietnam, China, Uzbekistan, and Thailand to become music artists and make some important points. Information that would have otherwise been censored if published through a traditional news outlet was instead turned into lyrics and then uploaded onto music streaming platforms masquerading as pop songs.

To ensure a breadth of visibility across several markets, each song was recorded in both English and local languages. DDB Germany’s music team was led by composer and music producer Lucas Mayer and film director Iris Fuzaro; together, they interviewed acclaimed journalists including Chang Ping from China and Bui Thanh Hieu from Vietnam. They then traveled incognito through the five countries selected, meeting local musicians, exploring new music genres and instruments to ultimately transform the essence of their stories into lyrics and videos.

Their work was released on March 12, 2018 across Spotify, Deezer and Apple Music titled The Uncensored Playlist, making censored articles accessible again for everyone, everywhere.

The playlist sparked a global conversation about censorship, the campaign achieved 300+ news stories and reached over 680+ million people. Mentions for the campaign appeared in the global music and news media including The Guardian, The Fader, Der Spiegel, Pitchfork and BBC – ultimately reaching far more people than the original articles would have done in each country, where censorship is a barrier.

Most importantly, the songs in The Uncensored Playlist became hits in the countries where the same information in article form had once been forbidden: in Vietnam, it peaked at #7 in the Vietnamese iTunes chart in its very first week. The campaign was a creative and unconventional way to ensure information reached people who are normally deprived of it and was recognized as a World-Changing Idea in 2019 by Fast Company.